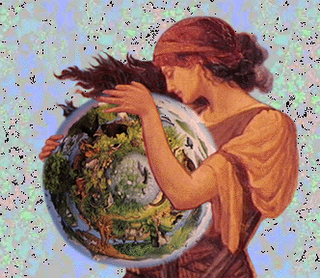 I grew up in a small town situated on an extinct volcano – up in the hills of it, surrounded by more mountains and forests. My mom was a hippy and a ski-bum. I learned to ski as a toddler and lost my two front teeth on the face of Red Mountain, BC.

In my town we were instructed as kids to stay away from the bears and never pet a stray dog. I guess I didn’t get that part because I was bitten by dogs many times as a child. My earliest memories of this place are of me wandering of down the road by our house and ending up on the side of a hill made of massive granite rock – a field of granite-face covered with moss, fire ants and gophers, looking out over farmland deep in the valley below, and in the other direction the township itself. That place became my secret spot where I would go to be alone with the heady silence of summer days and the chirp of crickets buried deep in scrub-grass. My inner world is populated by these places – my mind looking for solace, recreates the landscapes of my childhood. The rest of the world is a stage, with my hometown, mountain-and-forest town, 6 feet of snow in the 6 month-long winters town – this is the backdrop to my life.

I was moved to the city for highschool and subsequently got into really bad trouble – almost losing my life in the process. It was a hard, rocky road to walk out of the forest for me. So hard that I never wanted to go back. I wanted nothing but the city and the lights and the intoxication of being completely cut off from anything real. Give me this world – the human world. Let me forget how quiet and gentle I once was – because that girl would die here of exposure, starvation.

Now years later and out the other side of it all, and with my own little one – a beautiful, trusting and generous little boy with big love for the world and a deep philosophical bent to his thoughts – now, I have come back to mama-earth – to this primordial mother. I feel so much for her that I often cry. The little girl I once was, who wandered alone in the fields and watch bears from afar, I have come full circle back to her. I, for lack of a better word, have this yearning to be out of the city, to raise my son in the same forests that I was raised in – for his inner landscapes to be green and living, not concrete and sticky with human interference and imbalance.

One of my memories from when I was a kid – maybe 10 or 11, we would toboggan down a golf course in the winter when the snows were deep. The golf course was off of the highway in the middle of a forest – so in the winter it was just snow that seemed to carry on down the hill for miles and miles. It took a good 10 solid minutes of riding to get to the bottom area – but over 45 to walk back up. My friends had gone on before me. I took a rest in the snow – just plunked myself down in it in my big boots and snowsuit, gloves and hat. I was warm. After the voices of my friends had faded I realized I was totally alone. I laid there for some time drinking in the sleeping forest, the miles of white, the calm that rarely happens in the human world. Because of the blanket of snow, the silence of it was intoxicating.

These moments rarely happen in the city. I find it really difficult to connect with Midgard in this way. Even though the city is part of it all – I guess I’ve done my fair share of communing with the city. The mountains call to me. Yet, since starting on the shamanistic path I do take way more walks than I used to. And I notice that if I hold my head up and look straight forward, rather than looking down at the sidewalk like a lot of city-folk do, I can reach my heart out to the trees and bushes that I pass and say hello. When I do this I notice a shift in my perception. A reminder of All That Is – that I am not alone – that the plants and rocks and trees are there and they are Beings. It’s all alive around us if we choose to step onto that path.

Then usually something happens – an animal will cross my path, an eagle will fly over me, a chorus of birdsong will interrupt me. I start to feel an interaction there with more subtle energies.

At school we are immersed in Midgard (Mith-garth), one of the nine worlds on the tree of life, Yggdrasil, and where the physical and human world exists. We live on Midgard, sometime portrayed as the middle-world between heaven and earth, or in Norse mythology, between Asgard and underworlds like Niflheim, world of the frost giants, and Hel where regular the dead go (those not slain in battle). The Midgard reading at school this week was moving. It talks about being spiritually grounded, about knowing the earth and protecting the earth.

It also tells the story of the nine primordial female giants. It is said that Freyja’s earliest memory is of being fed by nine mother giants. These giants are the nine primordial mothers, protectors and guardians of each of the nine worlds. Freyja then, spent time in each world as a part of her becoming. In Midgard she was taught how to take physical form. The reading really helped me to frame Mama-earth in my mind in a new way by incorporating the primordial female ancestor or mother into my sense of ‘knowing’ Her, with the earth as Her body and the giantess mother, Her soul or spirit. She is called by many names: Tara, Gaia, Pachamama, Nerthus – even Jord, the name for the earth in old Norse – who was a female ‘Jotunn’ or giantess.

Also it brought to mind the study of bioregionalism and deep ecology as a way of life. From Wikipedia:

Deep ecology is a contemporary ecological and environmental philosophy characterized by its advocacy of the inherent worth of living beings regardless of their instrumental utility to human needs, and advocacy for a radical restructuring of modern human societies in accordance with such ideas. Deep ecology argues that the natural world is a subtle balance of complex inter-relationships in which the existence of organisms is dependent on the existence of others within ecosystems. Human interference with or destruction of the natural world poses a threat therefore not only to humans but to all organisms constituting the natural order.

The bioregionalist perspective opposes a homogeneous economy and consumer culture with its lack of stewardship towards the environment. This perspective seeks to:

And here’s my bioregion. I’m so inspired to learn more in this vein.