Greetings from the new home of SpiritMAMA!

Gifts started as a little light-bulb in my head one day while listening to my favourite occult podcast, Rune Soup.

I wanted a place where I could store all if the inspirations I was getting on my path of witchcraft and wizardry! (yes, I live at Hogwarts in my mind).

I’ve been blogging off and on since 2012, mostly for myself, charting my pathway through different disciplines: Peruvian shamanism, Celtic shamanism, Norse Shamanism and Seidr, traditional witchcraft, ceremonial magick, yoga, kung-fu and chinese medicine (TCM), motherhood, pagan parenting, devotional paganism, wheel of the year living, ancestor veneration, self-sufficiency, earth-stewardship, 12 step-work, tending an altar and more. In this course of study over the past decade, I’ve also worked at Canada’s largest metaphysical book store (a dream come true), studied with 3 teachers, read a lot of books, met a lot of authors, formed a coven of 10, built a medicine bundle, gone on vision quest, read a shit ton of more books, began a Masters in Divination, tended an altar for 8 years, joined a band, and finally, begun training as a “Shamanic Practitioner” (sorry, really for lack of a better term – working on that).

Throughout all of that, I got a lot of inspirations, information, road maps to rabbit holes, divine interventions, smacks upside the head, you know the usu.

So Gifts for Mystics was my little light-bulb: a website that could house all of that in one place! Cool stuff, bloggers, ideas, inspirations, rabbit holes for you to go down and learn from, all in our fav genre: the mystical, magical and metaphysical. (Ok the occult but you know, don’t freak out.)

I have also integrated my mom-blog SpiritMAMA here, to keep things simple for me but also, I had ideas in my head that the site could branch out into columns with guest columnists. SpiritMAMA is just an example of how that could look and work.

Our mission is to inform, intrigue, educate & inspire our audience, while spreading enchantment everywhere we go.

Interested in getting involved? We’re always looking for writers. Or pitch me an idea for a column! I’m all ears.

WRITE FOR US ☞

Gifts for Mystics features a Shop page with carefully curated items from all over the web. We update the shop every month.

Interested in having your item in our shop? Definitely get in touch at the button below. Or, if you have a listing to add, you can submit it there as well. Listings are free! 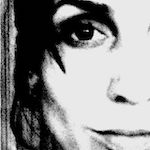 Sign up for our monthly Inner Circle newsletter to see everything new in the shop, new articles and authors and shop features. Stay tuned! We’re working on some more goodies for you for the future – mainly a few online classes in the works. Very excited!

As for this blogspace, I will leave it up as an archive. But I have moved a lot of the posts over there so I’ll be taking those down from here.

I hope you join me at the new space!

SpiritMAMA is a lifestyle blog about a mama on an adventure, re-discovering earth-based spirituality.